What is a Defect Life Cycle or a Bug life cycle in software testing?

The defect life cycle can vary from organization to organization and also from project to project based on several factors like organization policy, software development model used (like Agile, Iterative), project timelines, team structure etc.

Some organizations / projects / managers may adopt a simpler life cycle while others may use a more extensive life cycle as described below.

Simpler implementations of the bug life cycle may not include all the states that have been shown below. This may not provide as much clarity into the defect / defect metrics, when the defects are being analysed at a later date.

The bug has different states in the Life Cycle. The Life cycle of the bug can be shown diagrammatically as follows: 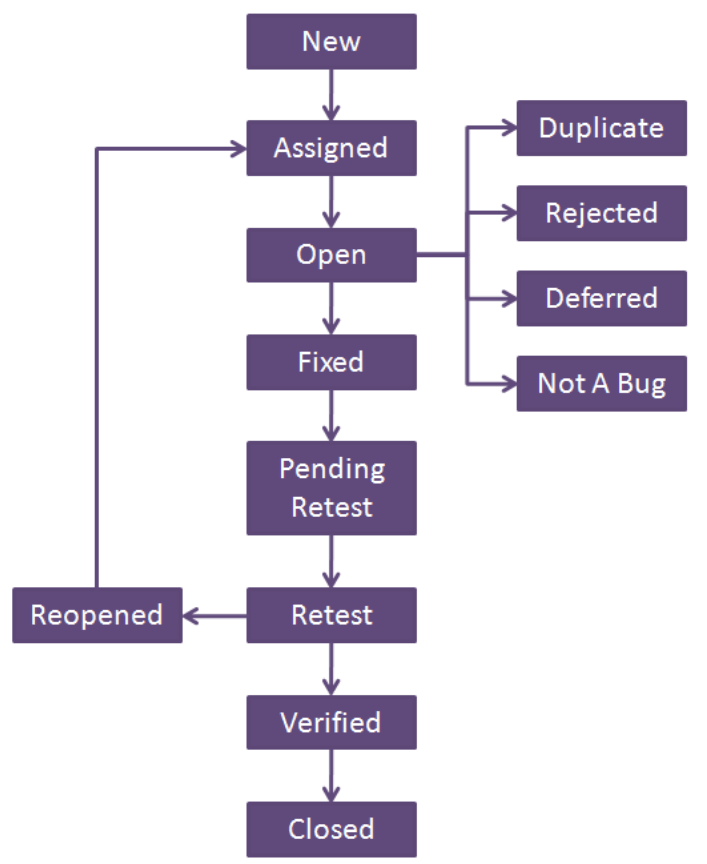